Scientists at UMass Medical School are the first to establish that a naturally occurring X chromosome “off switch” can be rerouted to neutralize the extra chromosome responsible for trisomy 21, also known as Down syndrome, a genetic disorder characterized by cognitive impairment.

The discovery provides the first evidence that the underlying genetic defect responsible for Down syndrome can be suppressed in cells in culture (in vitro). This paves the way for researchers to study the cell pathologies and identify genome-wide pathways implicated in the disorder, a goal that has so far proven elusive. Doing so will improve scientists’ understanding of the basic biology underlying Down syndrome and may one day help establish potential therapeutic targets for future therapies. Details of the study by Jiang et al. were published online in Nature.

“The last decade has seen great advances in efforts to correct single-gene disorders, beginning with cells in vitro and in several cases advancing to in vivo and clinical trials,” said lead author Jeanne B. Lawrence, PhD, professor of cell & developmental biology. “By contrast, genetic correction of hundreds of genes across an entire extra chromosome has remained outside the realm of possibility. Our hope is that for individuals living with Down syndrome, this proof-of-principal opens up multiple exciting new avenues for studying the disorder now, and brings into the realm of consideration research on the concept of ‘ ‘chromosome therapy’ in the future.”

Humans are born with 23 pairs of chromosomes, including two sex chromosomes, for a total of 46 in each cell. People with Down syndrome are born with three (rather than two) copies of chromosome 21, and this “trisomy 21” causes cognitive disability, early-onset Alzheimer’s disease; and a greater risk of childhood leukemia, heart defects and immune and endocrine system dysfunction. Unlike for genetic disorders caused by a single gene, genetic correction of a whole chromosome in trisomic cells has been beyond the realm of possibility, even in cultured cells.

Harnessing the power of the RNA gene called XIST, which is normally responsible for turning off one of the two X chromosomes found in female mammals, UMMS scientists have shown that the extra copy of chromosomes 21 responsible for Down syndrome can be silenced in the laboratory using patient-derived stem cells.

Lawrence and colleague Lisa Hall, PhD, research assistant professor of cell & developmental biology, became motivated by the idea that this effect might be replicated in an extra chromosome 21 in trisomic cells. Jun Jiang, PhD, instructor of cell & developmental biology, worked with Lawrence to begin a research project to insert the XIST gene into one chromosome 21 supported by NIH funding for high-risk, high-impact work. They worked to do this in induced pluripotent stem cells derived from fibroblast cells donated by a Down syndrome patient because stem cells have the special capacity to form different cell types of the body. Their work showed that the large XIST gene could be inserted at a specified location in the chromosome using zinc finger nuclease (ZFN) technology, a key tool provided by collaborators at Sangamo BioSciences, Inc., a biotechnology company based in Richmond, Calif. Furthermore, RNA from the inserted XIST gene effectively repressed genes across the extra chromosome, returning gene expression levels to near normal and effectively silencing the chromosome.

This finding opens multiple new avenues for translational scientists to study Down syndrome in ways not previously possible. Determining the underlying cell pathologies and gene pathways responsible for the syndrome has previously proven difficult, because of the complexity of the disorder and the normal genetic and epigenetic variation between people and cells. For example, some prior studies suggested that cell proliferation in Down syndrome patients may be impaired, but differences between people and cell lines made it difficult to conclude this definitively. By controlling expression of the XIST gene, Lawrence and colleagues were able to compare otherwise identical cultures of the Down syndrome cells, with and without expression of the extra chromosome. What they showed is that the Down syndrome cells have defects in cell proliferation and in neural cell differentiation, both of which are reversed by silencing one chromosome 21 by XIST.

“This highlights the potential of this new experimental model to study a host of different questions in different human cell-types, and in Down syndrome mouse models,” said Lawrence. “We now have a powerful tool for identifying and studying the cellular pathologies and pathways impacted directly due to over-expression of chromosome 21.”

“Dr. Lawrence has harnessed the power of a natural process to target abnormal gene expression in cells that have an aberrant number of chromosomes,” said Anthony Carter, PhD, of the National Institutes of Health’s National Institute of General Medical Sciences, which partly supported the study. “Her work provides a new tool that could yield novel insights into how genes are silenced on a chromosomal scale, and into the pathological processes associated with chromosome disorders such as Down syndrome.”

New discoveries made using this approach could one day identify new therapeutics for chromosome disorders like Down syndrome.

Lawrence and colleagues will now use this technology to test whether chromosome therapy can correct the pathologies seen in mouse models of Down syndrome. 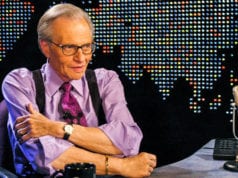 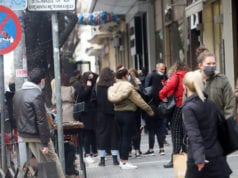