Tumours in several people with an advanced form of skin cancer have completely disappeared after treatment with one of three drugs that force tumour cells out of hiding. The patient’s own immune system can then recognise the cancer and destroy it.

These immunotherapies highlight a promising new strategy in the war against cancer – rebooting the immune system so that it can keep cancers in check whatever tricks they spring on us.

Despite evolving throughout a person’s life to control and destroy life-threatening intruders, the immune system is regularly outfoxed by cancer. This is often because tumour cells find ways to camouflage themselves from the immune system.

Results presented this week at the annual meeting of the American Society of Clinical Oncology in Chicago show how three antibodies can blow cancer’s cover.

Cancer cells should normally be spotted by T-cells – immune cells that recognise and destroy foreign material in the body. But tumour cells evolve a way of hiding themselves from T-cells by sprouting a surface molecule called a ligand. The ligand binds to and activates a receptor on the T-cell called PD-1. When PD-1 is activated the T-cell fails to recognise the cancer cell as foreign, fooling the immune system into mistaking tumours for normal tissue.

All three of the antibodies can unmask the cancer cell by blocking the ligand’s interaction with PD-1, allowing the immune system to get to work on the cancer cells.

In 54 of 135 people with advanced melanoma – the most deadly form of skin cancer – tumours more than halved in volume after treatment with the first of the antibody therapies, called Lambrolizumab. Tumours disappeared altogether in six of the 57 people who were given the highest dose of this drug, developed by Antoni Ribas of the University of California at Los Angeles and colleagues (The New England Journal of Medicine, doi.org/mqm).

Results were equally impressive with Nivolumab, a second antibody drug. Tumours more than halved in size and significantly decreased in number in 21 of 53 people with advanced melanoma who took the drug alongside another drug. Cancer vanished completely within 12 weeks in three of the 17 people who received the highest dose.

Wolchok says that what makes the antibody therapies so exciting is that unlike conventional cancer treatments, such as radio and chemotherapy, they work by reviving the power of the patient’s own immune system – something that has evolved to efficiently dispose of infectious, foreign or abnormal tissue. “They treat the patient, not the tumour,” he says.

A third antibody, which unlike the previous two blocks the cancer cell ligand rather than the PD-1 receptor, produced equally impressive results in a small number of people who had other types of cancer, including lung and kidney. All three drugs are now entering larger trials involving people with skin, kidney, lung and brain cancers.

Wolchok says the antibody therapies, alongside other emerging strategies for reviving the immune system, are opening up a fresh chapter in cancer treatment, one that could rapidly expand the number of people being cured of the disease. “The immune system can sculpt itself around the spectrum of changes that is part of the genetic instability of cancers,” he says.

Other promising immune therapies include genetically engineering a patient’s own T-cells to recognise and destroy cancer cells. Earlier this year, one person with acute lymphoblastic leukaemia was cured in just eight days after their T-cells were engineered to attack any cell with a surface molecule called CD19, which is unique to the cancerous cells.

A company called Kite Pharma in Los Angeles was recently formed to develop this technique for many other cancers.

“All you need is an identifier for tumour cells and it doesn’t make any difference how the tumour evolves after that,” says Aya Jakobovits, co-founder of Kite Pharma. “With our approach, you overcome all challenges of tumour biology because you go back to a fully functioning immune system.”

source: Antibody wakes up T-cells to make cancer vanish, www.newscientist.com
note: This article appeared in print under the headline “Skin cancer ‘cured’ by waking up T-cells” 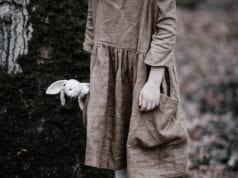 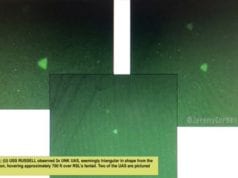 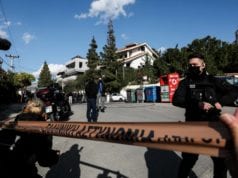